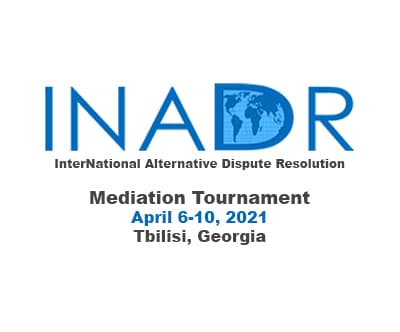 Of the 40 international teams selected to participate in the competition, only 4 teams earn a spot as mediator in the final round.

While the tournament was virtual this year, the event was hosted by the University of Georgia in Tbilisi, Georgia. Teams from all over the world auditioned for the competition this year, submitting a video and team essay, from which INADR selected only 40 teams to compete.

Creighton students, who had learned online mediation skills in Mediation Process, were able to shine in this competition.