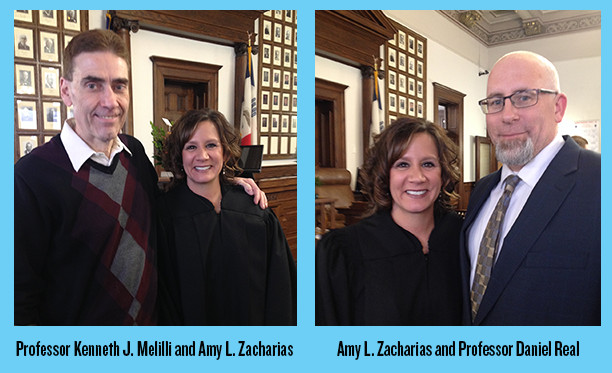 Zacharias was chosen for the bench December 18th, 2015.

The Independence, Mo., native received both her undergraduate and law degrees from Creighton University, graduating from law school in 2001. She lives in Persia with her husband, Jeremy, and their two children. Zacharias is also a member of the Tri-Center Schoool Board, elected in September 2015.

The longtime attorney was among 15 applicants for the associate judge position. The applicants were interviewed on Dec. 11 by magistrate commissions from all nine counties in the Fourth Judicial District. Zacharias said about 45 people were part of the commissions, while current district court judges also sat in on the interviews. From there, finalists met with the district court judges.

Zacharias found out she was chosen December 18th morning. She will replace former associate judge Susan Christensen, who was appointed a district court judge by Gov. Terry Branstad in early November.

Zacharias said she will mostly hear juvenile cases and some criminal misdemeanors.

“I’ll need time to put my current cases in a position to hand them off without creating a mess for the office,” she said. “I want to make sure I’ve left them in good hands.”

Pottawattamie County Attorney Matt Wilber called Zacharias’ appointment to the bench bad news for his office, but great news for his colleague.

“She’s a hard worker and excellent trial lawyer. She’s going to be missed,” Wilber said. “We’re very excited for her. I think she’ll do a wonderful job.”